Montevetrano Wines. The “Sassicaia of the south”. 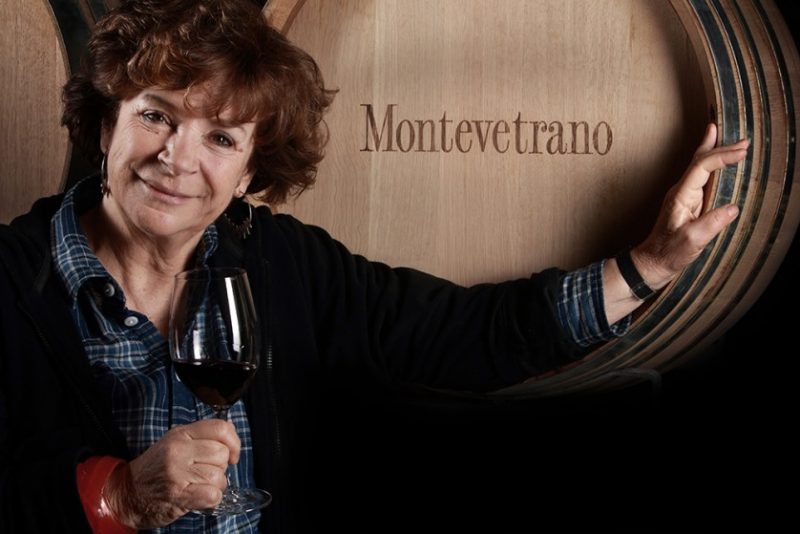 Montevetrano is a small zone in the hills near the commune of San Cipriano Picentino, not far from Salerno, Italy. Mountains surround the property, with the vineyards situated on gentle slopes facing south by southwest. The heart of the estate is a beautiful, ancient villa. In the first years of production the basement of the villa also served as the cellar. Now the wine is made and stored in a new modern cellar, built in 2000.

Campanian superstar wine Montevetrano burst onto the scene in 1995 and achieved cult status almost overnight. Italian photographer Silvia Imparato initially had just 4 hectares of vines south of Naples and made a little wine in 1991. Encouraged by the results she hired winemaker Ricardo Cotarella to help with the 1992 vintage. In 1995 she sent vintages 1991–1993 to Robert Parker who gave it a high score and famously called it the ‘Sassacaia of the south’. With this, the wine became sought after overnight.

The vineyard is on a south-facing slope with gravelly soils, and while the first vintage was 70% Cabernet and 30% Aglianico, the blend is now more typically 60% Cabernet, 30% Merlot and 10% Aglianico. Initialy just 1000 bottles were made; now production is more like 30 000 bottles. Vineyard area has increased from 4 to 6 hectares and is planned to increase to 11 hectares in the near future; the expansion will stop when production reaches 50 000 bottles.

Don’t miss the chance to buy and taste this gem through Eleanor.

Yesterday we have had the pleasure hosting the official launch in the Netherlands of Jane Anson’s last book “Inside Bordeaux” The webinar, hosted by Jane Anson, Kees van Leeuwen and … END_OF_DOCUMENT_TOKEN_TO_BE_REPLACED

Eleanor had the pleasure to join the diner hosted in Château Versailles by the Commanderie du Bontemps. Within Versailles, the diner was hosted in the famous Gallerie de batailles. Which … END_OF_DOCUMENT_TOKEN_TO_BE_REPLACED 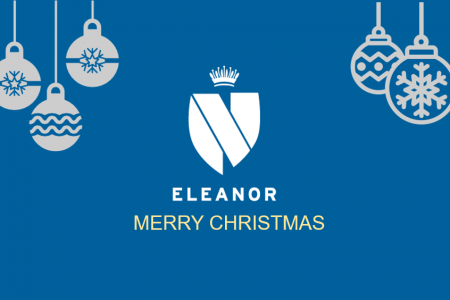 On behalf of the team, we would like to wish everyone happy holidays and a fantastic new year! 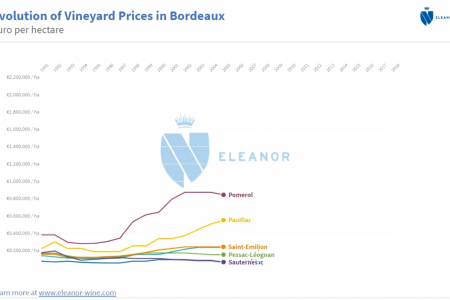 Did you know that in 1995, you could buy a hectare of vineyard in Pauillac for an average price of 185.000euros? Today, the same hectare is worth 2.2 million euros. … END_OF_DOCUMENT_TOKEN_TO_BE_REPLACED

Thank you for registering. You will receive an e-mail soon.

This purchase will be deleted permanently froom your check out basket